In early 2020, a new virus appeared, namely Coronavirus (COVID-19), which originated in China and within a matter of months has spread all over the world. It has not just brought serious health issues and global panic but has also tremendously impacted the world’s economy. This pandemic has caused the greatest unpredicted disruption to economies in decades, during peacetime, across the world.  Governments of every affected country, including Cyprus, are going through an important fight against an invisible enemy.

Cyprus’ government has instituted drastic measures to try to contain it and support the country’s economy. The measures taken regarding the domestic economy include, inter alia, TAX and VAT as well as business and employee support.

Most businesses have either been forced to or took the decision to suspend operations and citizens were urged to confine to their homes. Fewer businesses remained operational but their normal economic activity has been disrupted. Consequently, many employees would have remained unpaid for the period the business is not in operation. Hence, the Government of Cyprus has adopted a Suspension Plan for the period where companies/employers have suffered decrease of their turnover greater than 25%, with the aim of avoiding termination of employment of any employees. The Plan will provide an unemployment benefit, which amounts to 70% of the employee’s salary for supporting purposes. The said Plan applies to small sized companies which employ up to 5 persons, imposing a condition on them to continue employing them. An amount equal to 70% seems satisfactory in covering their expenses while remaining at home, having considered that they will not incur any extra expenses, ie travelling to and from work every day etc.

Secondly, companies whose turnover does not exceed €1 million, according to 2019’s declarations, and whose turnover has decreased by more than 25%, are now given the opportunity to pay the VAT on their business liquidity gradually due by a later date, that being 11 November 2020, without incurring any penalty fees. Additionally, the VAT rate will be decreased from 19% to 17% for a period of two months and from 9% to 7% for a period of three and a half months, considering the company’s unusual decreased income. 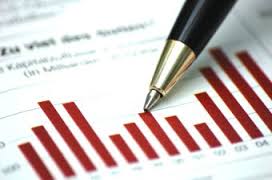 Income tax returns, both for corporate entities and individuals (normally due by 31 March every year) are now requested for submission on 31 May 2020, since Cyprus government ordered a lockdown mid-March 2020. This would provide every citizen the ability to return to normality following the Coronavirus outbreak before having to submit such an important documentation.

Furthermore, the Department of Registar of Companies and Official Receiver went on to clarify few procedural changes regarding local registered companies’. Firstly, it has suspended the publication in the Cyprus Gazette of the three-month notification as to the removal from the official Companies Registry (strike-off) regarding non-compliant companies until the beginning of the following year (January 2021). Secondly, it has decided on an extension for the 2020 annual levy payment (€350), until 31 December 2020, without any additional charges. It has postponed all administrative penalty fees for failure to file relevant notifications by the due day, until 2021. Furthermore, annual returns (HE32) regarding the period of 1 January 2020 - 31 December 2020, can now be submitted until the 28 January 2021 without the imposition of any penalty fee. All the aforementioned are implemented in an effort to assist companies to smoothly resume to their usual operation without any additional burdensome hindrances.

It is widely known that Cyprus economy is based on a large percentage on the Tourist Industry. The fact that many of the infected cases had arrived from abroad, caused the relevant authorities to introduce travel restrictions thus suspending all flights to and from Cyprus and closing-down all hotels among the country. This means that Cyprus has lost out on thousands of tourists and business visitors who had their holidays/trips booked for Cyprus. In order to reduce the damage and to speed up the tourism industry’s recovery, the Government will work closely with travel agents and airlines and will provide an additional credit of €11 million in order to attract tourists to Cyprus again in the following months.

Considering that the Coronavirus outbreak happened soon before Easter holidays, (when Cypriot students studying abroad tend to return to Cyprus) there is a possibility of dramatical increase of infected cases and a fear that the national health will not be able to cope with it effectively. The latter was a high concern for the relevant authorities, which acted proactively and offered to every student, who will remain in the country of their studies, a monetary sponsorship of €750. This exceptional scheme will cost the Government millions but nevertheless reflects the Governments efforts to protect its citizens. Overall, the global economy is set for a sharp contraction. Just by putting into force the aforementioned measures the Government of Cyprus has to incur expenses worth of millions of euros, although worth saving the country’s businesses and the lives of its citizens.

The Managing Director of the Washington-based IMF for emergency finance – Mrs. Kristalina Georgieva stated that: “These bold efforts are not only in the interest of each country, but of the global economy as a whole”. According to the Organisation for Economic Cooperation and Development (OECD), “the world’s economy could grow at its slowest rate since 2009 this year due to the coronavirus outbreak”. However, hard work and persistence will bring the world back to where it was sooner or later.